For Katie and John Rohrhoff of South Lyon, Nov. 3, 2009 is a significant day. They celebrated the birth of daughter Payton Grace. But her identical twin sister, Riley Katheryn, was stillborn. With tragedy came an outpouring of support, mom recalls. “We were overwhelmed by how much our family, friends, neighbors, the hospital, our community – even strangers – did for us.”

Now, the Rohrhoffs are helping families who also have lost a baby with the Riley Katheryn Foundation, a nonprofit they started in 2015 to assist with funeral costs. This month, on March 19, 2016, it holds its second fundraiser to continue its cause.

Get to Know: Katie Rohrhoff '05, Spreading Love After A Tragedy
Published February 14, 2018
​During dinner on Valentine’s Day, 2015, John Rohrhoff suggested that he and his wife, Katie, do something special to honor their late daughter, Riley Katheryn, who died as an infant.
That was three years ago today, and in that time, the Riley Katheryn Foundation has helped more than 50 families and provided more than $20,000 to parents grieving the loss of an infant.

"After losing her infant daughter, Riley Katheryn, Rohrhoff and her husband, John, started The Riley Katheryn Foundation, dedicated to increasing awareness of infant death as well as providing financial support relating to funeral and burial expenses to families whose baby has died.
​The John Conti Letterman of Distinction Award is presented to former Titan varsity athletes who go above and beyond at work and in the community."
​
https://detroittitans.com/news/2020/2/24/former-titan-student-athletes-katie-rohrhoff-05-presented-with-2020-john-conti-letterman-of-distinction-award.aspx?fbclid=IwAR3ux8p_X80Bwr6Hq3knPjk6OIj3HXKvhL1wqfPgpKcBvwInK8-AqETlwgcdetroittitans.com/news/2020/2/24/former-titan-student-athletes-katie-rohrhoff-05-presented-with-2020-john-conti-letterman-of-distinction-award.aspx?fbclid=IwAR3ux8p_X80Bwr6Hq3knPjk6OIj3HXKvhL1wqfPgpKcBvwInK8-AqETlwgc

Faith Magazine Feature - "I Was Afraid Riley's Name Would Be Forgotten" 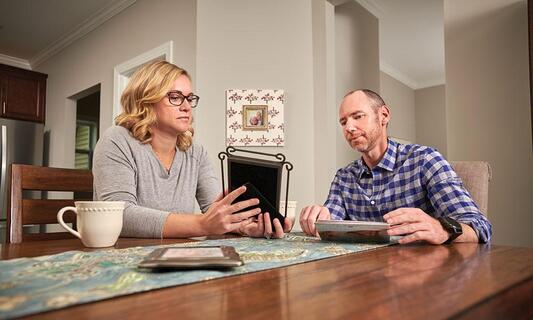 Teresa Tomeo is an author, syndicated Catholic talk radio host, and motivational speaker with more than 30 years of experience in TV, radio and newspaper.  Her daily morning radio program, Catholic Connection, is produced by Ave Maria Radio in Ann Arbor, Michigan and now heard on over 200 Catholic stations nationwide.

The Riley Katheryn Foundation is introduced at the beginning of the segment- the interview portion begins at 42:40
https://avemariaradio.net/audio-archive/catholic-connection-december-29-2016-hour-1/
Podcast of interview from pregnancylossjourney.com- breaking the silence on miscarriage and stillbirth by sharing honest and real stories and allowing others a platform to do the same.

What Was Discussed:
How to support parents who have lost one twin
How to help your surviving twin remember their sibling
How to manage the major milestones and birthdays
The difficulties associated with pregnancy after loss
The Riley Katheryn Foundation and how they can help Michigan residents with funeral and burial costs